Is The Iraqi Dinar Worthless Paper Or Maker Of Millionaires? 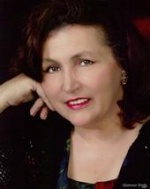 Dozens of people have signed up for tax consultations with me over the years looking for a windfall profit on the U.S. government revaluation of the Iraqi dinars back into U.S. dollars. In other words, these were people holding dinars who were hoping they could exchange them for dollars again.

Most dinar investors are current and ex-military, warzone contractors and now speculators. A cottage industry of promoters has sprung up on the Internet promising dinar “get rich” schemes. Many have invested, say, $5,000 and they hope to make millions. I’ve always thought it was a scam, as it sounded too good to be true.

That means no lower 60/40 futures tax rate either (Section 1256). At least, it’s not considered a personal loss which otherwise can’t be deducted, as is the case when a person returns from a vacation and exchanges his left over currency from that trip. Investors in dinars can deduct ordinary losses in Section 988, but few expect a loss.

Lords of Finance: The Bankers Who Broke the World by Liaquat Ahamed is about how the four leading central bankers from the U.S., U.K., France and Germany navigated in and out of WWI and financed recoveries and German reparations. These central bankers went off and on the gold and new dollar standards by manipulating their exchange and interest rates and much more. This is how money and power (military and otherwise) go hand in hand.

Our current situation begs the question: Did the Bush administration plan on, and is the Obama administration still considering, paying for part or all of the Iraq war by collecting taxes from the revaluation of the dinar?

Maybe the story here is just that it’s a scam. But, if rumors in the marketplace are true, and the dinar does revalue and allow conversion for most to pre-war levels, what are the ramifications for the government, Iraq, the military, investors and taxpayers? Also, what’s holding up the revaluation? Can Iraq handle it?

It does sound like a happy ending which makes me suspicious. How much tax revenue do U.S., state and local governments stand to collect? How many former and current military personnel and contractors stand to become millionaires overnight?
http://blogs.forbes.com/greatspeculations/2011/07/27/is-the-iraqi-dinar-worthless-paper-or-maker-of-millionaires/

This author, Robert Green who is a CPA feels that holding Iraq Dinar is a scam, yet at the end questions if the Busch and Obama administration are possibly considering paying for part or all of the Iraq war by collecting taxes from the revaluation of the Dinar. He also questions what is holding up the revaluation and can Iraq handle it.

We all are constantly looking for that one thing we are missing; that one bit of information that will change the course and direction. That one thing that will reassure us that we have not made a mistake by purchasing Dinar, then recommending this potential investment to family and friends in the hope that we will all make millions.

After doing much research, research that I personally feel I should have done before making the uneducated choice to invest, I've come to the conclusion that this is/has been an extreme risk.

An RV of ALL our dinar at even $.01 per dinar is much more favorable than an RD. We wait, we hope and many pray, I just hope for everyone in this that it RV's rather than RD's.

There is still much we don't know. All we can try to do is remain hopeful, and try to keep an open mind.

» The Central Bank announced a new paper from the 10,000 dinar for trading in Iraqi markets, stressing that the citizen can easily obtained.
» Researchers and specialists are discussing the deletion of zeros from the Iraqi currency at the University of Baghdad ***(symposium telling iraqi peeps 1000 dinar will become 1 dinar!!)***
»  ‘King-maker’ of Iraqi politics in Kurdistan: Maliki awaits his removal 2012-04-28
» Daash change the paper currency to the gold dinar in Mosul
» Localization of salaries of employees .. The last days of dinar paper in Iraq (ATM machine)