Trade: the adoption of electronic clearing of payment

Trade: the adoption of electronic clearing of payment

Confirmed companies registration service General Manager Abdelaziz Jabbar Abdel Aziz, noting in a statement that "his circle sought to adopt electronic clearing of payment, was approaching the Central Bank, and electronic clearing will be adopted in the future payment of fees, in addition to working for the purpose of adoption Visa card for payment on the good banker was approached and SUWAIDI TBI Bank."

"His work on documenting the procedures of companies from its founding until rated and removed with b 38 process of actions, whether of foreign companies or local and work to facilitate the actions of Government orientation towards coinciding with openness, and to simplify Corporate actions is to build a website all binder documentation required of those wishing to register their companies in both Arabic and English.

With regard to laws that operate the service, Abdel Aziz said that "there are a number of ancient laws and constraints provided in a registered service companies and not in line with the development the technological progress in the work of the service, especially with the current Government orientation towards the market economy," he said, adding that

"law Trade agencies allowed the distribution system in Iraq which allowed the commercial agent and distributor that works in Iraq, especially if there is significant text serves national economy, but it is not allowing non-Iraqi to be a distributor or an agent that serves the national interest and that the development of Iraqi firms to become agencies For foreign international companies giving way to her door to develop commercial and technical capabilities and capacity development of special strength, "especially since the Government has simplified procedures that enhance the speed of recording companies. 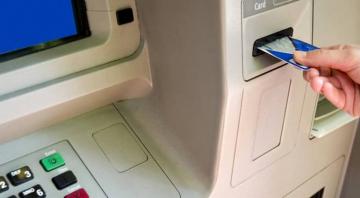 The Ministry of Commerce announced that the company registration department will work on the electronic clearing system to pay the fees.

Director General of the registration of companies Abdul Aziz Jabbar Abdul Aziz said in a statement received "Trend Press" a copy of it on Thursday, "The Chamber seeks to adopt electronic clearing in the payment of fees, has been approached the Central Bank, and the next period will be approved electronic clearing in The payment of fees, in addition to work for the purpose of the adoption of the Visa card card to pay fees and was approached by the bank of Rashid and Rafidain and TBI Bank in this regard.

The statement added that "the department works to document the procedures that take place in the companies from the establishment until the classification and write-off, which passes through 38 processes of registration, whether registration of foreign or local companies and to facilitate the procedures in line with the government's approach to opening up investment. Electronic document with all required documents from those wishing to register their companies and in both Arabic and English. "

As for the laws in which the department operates, Abdul Aziz pointed out that "there are a number of laws and obstacles that stand in the way of the work of the Registrar of Companies and are not in line with the technological development taking place in the work of the Department, especially with the current government orientation towards the free economy."

"The law of commercial agencies allowed the distribution system in Iraq, which allowed the distributor and the commercial agent to work in Iraq, especially that there is an important text serving the national economy, namely not to allow non-Iraqi to be a distributor or agent and this serves the national interest and development of Iraqi companies to become Agencies for p The foreign Mieh opens her door to develop the commercial and technical capabilities and the development of special Mlakatha capabilities ", especially that directed the government to simplify procedures that enhance the speed of the recording companies."

http://aletejahtv.org/permalink/185015.html
_________________
Lifes purpose is not to arrive at the grave in a well preserved body, but rather to slide in sideways shouting HOLY CHIT what a ride

» 80 billion dollars in its treasury.. Iraq is living the "worst case scenario" between the energy and political crises

» Iraq raises its holdings of US bonds to 2.5 billion dollars last July

» Conscious / Iraq ranks 47 among the largest economies in the world

»  A specialized site that monitors the Iraqi banks: its difficulties and prosperity

» Including loans and interest rates.. (Aware) opens ten files with the director of the Rafidain Bank

» An American report: The chest has a tremendous power to return and his opponents think carefully before its removal

» What are the pros and cons of increasing loan grants in the absence of a budget? economical answer