This is the first event for Iraq's national security infrastructure since the formation of the new Iraqi Government and the appointment of new cabinet ministers by Prime Minister Nouri Kamel al-Maliki. With Iraq entering a new era of establishing her own long-term security this landmark summit will bring together the key national decision makers led by the Iraqi Ministries and officials responsible for the country's defence, security, communications and technology infrastructure.
Office of The Prime Minister
Iraq Security Council
Ministry of Defence
Ministry of Interior
Ministry of State for National Security Affairs
Ministry of Communications
Ministry of Science &Technology
Council of Representatives Defense and Security Committee
KRG Ministry of Interior
KRG Ministry of Peshmerga Affairs

Meetings with the national leadership

This is a critical event that will bring together world-class companies who can demonstrate how their technology and problem-solving skills can bring solutions to the key defence, security & communications issues concerning the Government of Iraq. Contact us to participate

Ministerial Background
The Iraq parliamentary elections were held on 7 March 2010. The new parliament opened on 14 June 2010. After months of negotiations, an agreement was reached on the formation of a new government on 11 November. It was agreed that Jalal Talabani would continue as President, Nouri al-Maliki would stay on as Prime Minister and Ayad Allawi (Iraq National Movement) would head a new security council. In December 2010 the new Iraqi coalition Government headed by PM Nouri al-Maliki announced it's cabinet. The Iraqi Government will very shortly be announcing the new Ministers for Defence, Interior & National Security Affairs. Please check back here for further details. The last Iraqi Kurdistan legislative elections took place in July 2009. The Kurdistan Regional Government (KRG) has assumed the role of a government in a federal region of Iraq. As stipulated by the Iraqi constitution, Iraq will be divided into federal regions that will handle their own domestic affairs while the Baghdad central government will deal with international affairs.

Minister of Communications- H.E. Mohammed Tawfiq Allawi (Iraqiya/Wifaq)
Was elected to the Council of Representatives in the Iraq Parliamentary elections of 2005 and sered as Minister of Communications fro May 2006 to August 2007. After his withdrawal from cabinet he remained close to the key communications issues in Iraq and returned as MInister in the new Government announced by Prime Minister Nouri al-Maliki in December 2010. Allawi studied Architechtural Engineering at Baghdad University from 1971 to 1977. In exile in Lebanon he obtained a degree in architecture from the American University of Beirut.

KRG Minister of Interior - H.E. Karim Sinjari (Kurdistan Democratic Party)
Has served as Interior Minister in the Kurdistan Region since 2001. Born in Sinjar in 1950, he graduated with a degree in law from Baghdad University in 1971. He practised as a lawyer in Baghdad from 1973 and joined the Kurdistan Democratic Party (KDP). He then joined the Peshmerga forces and was appointed to the KDP’s provisional leadership (1976-1980). Mr Sinjari speaks Swedish, English, Arabic and Persian.

For more information please contact us at: [You must be registered and logged in to see this link.]

Iraq National Security Summit 2011 and Defence Engagements are trading names of GBE Ltd
Registered in the UK, Company No. 07055028 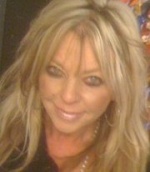 Latest topics
» Representative Finance: Lack of lean banks and insecurity are behind the hoarding of money in homes

» The border crossings acknowledge the existence of smuggling of goods

» Al-Rafidain: Citizens depositing their money in the bank in return for granting interest to them

» In detail .. Parliamentary Finance reveals violations of the currency auction

» Economic Advisor to the Prime Minister: 83% of the monetary mass is almost idle

» Al-Rafidain: saving and current accounts for depositors, whose funds amounted to 2198