United Bank, conducted Tuesday, pumpkin contest (Wayana takit) for clients of the Bank at the Bank's main prize winner gets the 2017 model vehicle.

He said United Bank Chairman Fadil Dabbas in a speech during the draw and was attended by "news" economy, that the purpose of the prize is to stimulate our customers to deposit and increase the number of our bank depositors and create their competitive spirit,

"Noting" clause contest to have the customer at least deposit (250) thousand dinars in his account and run the draw every six months during which selection is a prize winner of a saloon model 2017."

He added that today is a prize winner in the Bank branch number 459.

Dabbas noted that "Bank seeks its development through the introduction of modern information technology in his work bringing Arabic banks and international refineries in accordance with standards set by the Central Bank to banks operating in the country." 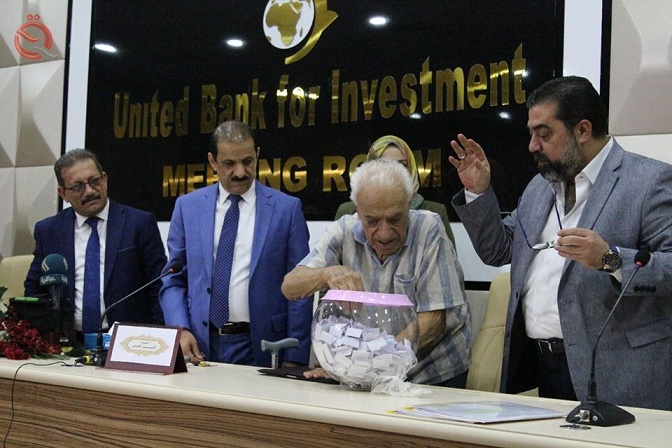 http://economy-news.net/content.php?id=8751
_________________
Lifes purpose is not to arrive at the grave in a well preserved body, but rather to slide in sideways shouting HOLY CHIT what a ride

Re: Bank United to invest being draw to his customers for 2017 model vehicle