Posts : 1182
Join date : 2011-05-04
Age : 63
Location : jax beach fl
Press sources quoted a Jordanian Iraqi Prime Minister Haidar Al-Abbadi met on the sidelines of his visit Oman, a number of Iraqi Sunni tribal leaders who have confirmed his standing to the side of the State in the fight against '' daash», for his commitment to arming and training of their children.
Al-Abbadi was held upon his arrival in Oman to meet with King Abdullah II, who assured him '' Jordan stands and backing the international coalition against terrorist groups and against extremism and to keep Iraq unified, then met Prime Minister Abdullah ensour and discussed in the project to extend the pipeline from Aqaba to Iraq "and implementation" at the earliest opportunity.
According to Al Hayat of London in a report obtained by the news agency also said that Abbadi met with Director General Faisal al Shoubaki intelligence and Army Commander Mishal Al-zeben in a hotel, before his departure late Wednesday evening.
To this, "said one Iraqi tribal leaders:" we presented (to Lisa) demands for a year, and pledged to fight daash, Prime arming and training our children to face the terrorist organizations. ''
Reviewed by Chris Eagles «security challenges and terrorist facing Iraq, notably organizing daash which destroys civilization with all its components. '' The Iraqi Prime Minister lauded the "Jordan's position on supporting the security and stability of Iraq", adding that "the international coalition against terrorism required greater cooperation and coordination between the two countries."
And the Royal Court statement said the King stressed during his meeting with Al-Abbadi to the parking and backing Jordan international coalition to counter terrorist organizations and combat extremism, targeting the security and stability of all States and peoples of the region and inclusive». He stressed Jordan's full support for "security and stability in Iraq and its attachment to the unity», stressing" reconciliation between all the components according to pluralism and democracy, the importance of involving all people in building the present and the future of Iraq. "
Al-Ibadi said, "to enhance relations with Jordan, which is the closest neighbor, Sindh and the depth of Iraq."
Prime Minister and his Iraqi counterpart discussed the project for oil pipeline between the two countries, which becomes the Aqaba port a port for export of Iraqi oil and supplying Jordan part of need». The two sides reaffirmed their commitment to the implementation of the project «.»
Talks focused on "outstanding debt and could allow for «RJ» to increase its flights to Iraq, linking the railway and electrical connections and improve the road between them».

And control of the militant organization Islamic State '' to large areas of Western Iraq near the Jordanian border length of about 181 km, Oman worries and concerns of each of the components of this regulation to the Kingdom of the Salafis and suffered hundreds of thousands of displaced Syrians.
- See more at: [You must be registered and logged in to see this link.] 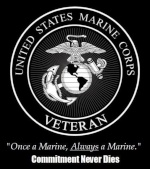 Latest topics
» Urgent, the judiciary begins the investigation of the documents of the banks participating in the currency auction

» Representative economy: bank profits from the currency auction are sufficient to support one million Iraqis per month

» Najib: The currency auction is harmful to the Iraqi economy, and specific banks benefit from it

» The results of the foreign currency sale window on Wednesday 12/2/2020, and executed today

» A second resource other than oil ... Deputy: He can save $5 billion annually to the state treasury

» The "currency auction" is a window for smuggling billions of dollars annually to Iran and its militias, and nothing benefits the Iraqi economy

» Representative Finance: Lack of lean banks and insecurity are behind the hoarding of money in homes

» The border crossings acknowledge the existence of smuggling of goods